February 27, 2012
It's been a busy couple of weeks... Last weekend I was out recceing the High Peak Marathon with the guys from Avon Mountain Athletes, who I'm racing with on 3rd March. We had a great run out and found a couple of sneaky little routes, which might save us a few minutes come race day (night).

The next day I was up at Whirlow Hall Farm to help with some photos and videos for the Big Running Weekend, which is happening this August Bank Holiday. There's going to be an ultra, a 10k, a trail race, beer and camping... What more could you ask for! The website will be up at www.bigrunningweekend.co.uk, with videos of me and Lisa from Whirlow Hall Farm trotting about on Stanage.

This weekend I took part in the first official stair race in Sheffield. I was one of the runners in the British Heart Foundation Arts Tower race, which involved us running from the lower ground floor up to the top 22 floors later. I went for a practice on Friday and found that you need to take two steps at a time, and use the handrails as much as possible! Oh, and that it REALLY hurts. On race day I was a couple of seconds slower (got excited and set off too fast), but got to the top in 1:54, which I believe was the fastest on the day. 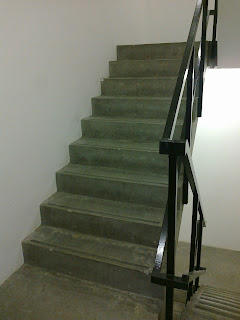 Finally, the latest issue of Trail Running magazine is out now and I would encourage you to read it! I have done a quick interview which will appear in the next issue, which will be out on 22nd May, just after I set off.