Showing posts from November, 2011
Show All

November 07, 2011
One final thing (three posts today!)... Lizzy Hawker has had to stop her 1000 mile run attempt. Hers is a bit more serious then mine - she was attempting to run the Great Himalayan Trail across Nepal. The run had to be stopped when she lost her communication equipment. Lizzy is an incredible athlete, UTMB winner, world 24 hour record holder (she beat everyone in the mens and ladies' races by miles at the Commonwealth championships recently) and always seems a very calm and in control person. I hope I can approach my run with the same positivity as Lizzy always seems to show, although hopefully a different outcome!
Post a Comment
Read more 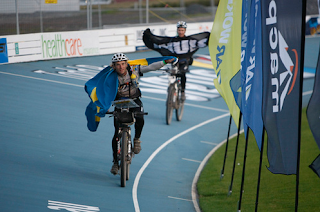 The Adventure Racing world championships in Tasmania have just finished. World championships are always longer than normal ARs, and the Thule team took 5 and a half days for this race. It sounds like a true epic, with Seagate leading throughout the race until they had to sit out a four hour penalty at the last checkpoint. At this point Thule overtook them, and Silva (who qualified for the world championships by winning the Apex race I took part in in May) squeezed past and held on to beat Seagate by just 4 minutes. Lots of great reporting on Sleepmonsters.com Next year the world championships will be held at the Raid in France. 6 days of hike-a-bike anyone?!
Post a Comment
Read more 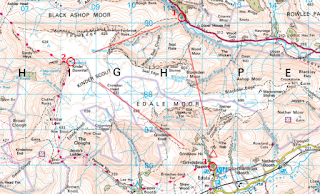 This weekend was my first go at the Dark Peak Fell Runners (DPFR) club championships. The route was the Kinder triple crossing, starting and finishing at Edale. Parts of the route were fairly straightforward, but the actual "crossings" over the boggy hell of Kinder Scout were less obvious. Not being a navigational expert I tried to stay within sight of the lead group on the first crossing, but as we spread out more and more during the race I struggled a bit and took some slightly dodgy lines, although I don't think I lost more than a minute or two overall. The nine mile race was great, we seemed to either be running along a river, through a bog, or up or down a steep hill at all times. The winner of the race was Rob Little, who was handed the trophy in typical fell running style (in a carrier bag with an apology for "the faff of carrying it about"). I finished about 7 minutes later in 12th place, reasonably happy if not ecstatic with the position, but a grea
Post a Comment
Read more
More posts