Showing posts from July, 2019
Show All

Whose round is it anyway? 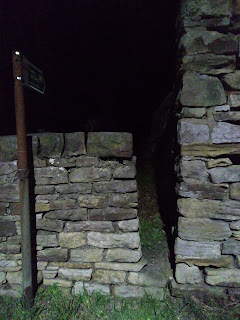 If you just want to see the hills and schedule, scroll down to the bottom! For my ramblings, get a cup of brown water and a Vimto bar and read on.... The Peak District Round Over the years lots of us have wondered whether there should be a 24 hour round in the Peak District, or at least why there isn't one. I've had a couple of goes at finding one: The first became a 28-hour death march and ended with imaginary green bunnies ( here  for more details). The second was an attempt to combine the classic Dark Peak 15 trigs with the lesser-known 11 trigs in the White Peak. Pete Simpson combined the two in 1991, but made a mistake and added Flask Edge too (hopefully winning him the Pertex Trophy?!). I hoped to retain Pete's folly and add another trig, but on the day only managed to add Ox Stones (words about this one here ). This took 23:42 and was slightly over 100 miles, giving us a viable 27 trig "Peak BG", but the White Peak 11 don't make for a nice route - th
Post a Comment
Read more
More posts