Showing posts from October, 2012
Show All

A grand day out!

Lorna and I have been in the Dales this weekend - luckily one of our friends' family owns a bunkbarn at Chapel-le-Dale, near Ingleton. We have just got back from a weekend of food, drinking, walking, and (for me) a nice long run on Saturday. It was one of the best training runs I've had for a while... The plan was to recce part of a longer route I'm hoping to have a crack at next summer. I did the recce bit on the way out, then looped back round to head home. I ended up with 9 tops and 58km in about 7 and a half hours. Here's where I went... From the bunkbarn I ran up the road for a hundred yards or so, then up Ingleborough. As you will notice on the map above, I've made a mistake and drawn the first three hills in the wrong order, but you get the idea. The climb was fantastic, it was cold an frosty with a lot of frozen patches, but the sun was warm and it was a beautiful morning on the summit. It took about 30 mins from leaving to the trig. From there I cut
Post a Comment
Read more 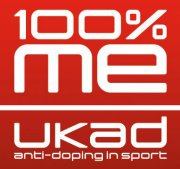 I have just registered with the 100% me scheme, if you are also totally against drugs and doping in sport you can read about it and do the same on the UKA website. "100% me is about being a true athlete. It's about being able to say my performance is 100% me. There is no secret to my success - just hard work, determination and talent."
Post a Comment
Read more 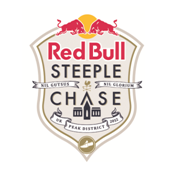 Last Sunday I ran the inaugural Red Bull Steeplechase, a fell race with a difference! It was a knockout race, so of the 125 blokes who started from Castleton, 90 would make it through the first checkpoint at Bamford (8 miles), 55 through the second at Hope (12 miles), and 30 through Edale (18 miles) to race to the finish back in Castleton (21 miles). After racing quite a lot recently I was feeling pretty knackered after a bit of running during the week since the Hardmoors. By Sunday morning I did feel OK though and was looking forward to the race. Lorna and Dolly came with me to the start and my brother Ed biked out to see me at a couple of points, which was really cool. The race was spectacularly well organised - there were loads of toilets, the course was well marked, water was provided, and there were loads of marshals (this side of things was sorted by Open Adventure). We left Castleton straight uphill, and it was apparent that this was not just a fell race, there were some f
Post a Comment
Read more
More posts