Showing posts from April, 2018
Show All

Are we having fun yet? 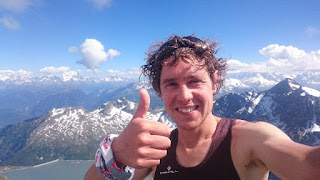 There was a suggestion box at the Fellsman this year. I spotted it as I staggered towards the showers about an hour after finishing, took a little piece of paper from the pile and wrote "I BLOODY LOVE THE FELLSMAN!". When the organisers open the box they may well think this was written by a drunken child with a pencil loosely taped to its broken fingers, but it was actually written by a very happy person who just rediscovered what he loves about racing. Run happy. It's been a while since I properly enjoyed a race, but there were numerous occasions during this race when I stuck my arms out and for a moment just ran for the love of it. There were also moments when my legs hurt, I felt sick, I didn't know where I was going, I didn't want there to be 5 hours of running left, but the overall level of enjoyment was high on Saturday. --- Anyway, the race: The Fellsman is more accurately described as a very long fell race (an AVL?) than an ultra, beca
Post a Comment
Read more
More posts