Showing posts from March, 2015
Show All

Well that's it, it's summer now! The Sheffield Adventure Film Festival (ShAFF) took place this weekend, and I raced my first short fell race of the year... both make me feel like the summer has begun so the flip flops are on this morning. Firstly, ShAFF: It's a fantastic event for a city with such a strong link to the outdoors, and the attendance of climbers, runners, bikers, skiers, kayakers, and everyone else over the weekend shows that Sheffield really is the place to be if you enjoy being outside! I was involved in a few talks, watched some films, bought some gear and spent a while chatting to people, but a few highlights for me were: - Meeting (briefly!) Ricky Lightfoot on Friday night - Karen Darke's IMpossible film - Watching the tense end of the rugby in the Accelerate running hub! So thanks very much to Matt and the Heason events team for organising the event and for having me in such illustrious company as an ambassador ... Roll on ShAFF 2016! Maybe
Post a Comment
Read more 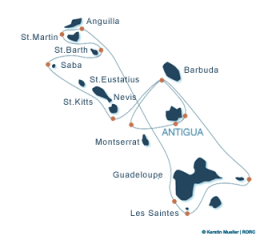 So, after a bit of a last minute invitation I ended up in the Caribbean last week! I joined a yacht called Spirit of Juno to take part in the RORC Caribbean 600 race, a 600-ish mile journey around the beautiful Caribbean islands, starting and finishing in Antigua. Caribbean 600 route I flew out on Thursday for a few days of training and preparation before the start of the race on Monday... Having not really sailed since the Fastnet in 2011 (the 3 Peaks last year doesn't really count since I was a runner not a sailor!) this was definitely useful for me. When I arrived, most of the crew were already there so we had a quick introduction and got started sailing. It was also a good opportunity to wander around the marinas and see the other boats - Antigua is one of the world's few gathering places of the lesser-spotted super yacht, boats like the incredible 203ft Athos: The rest of the crew were mostly very experienced sailors, so I ended up taking on the role of enginee
1 comment
Read more
More posts