March 23, 2015
Well that's it, it's summer now! The Sheffield Adventure Film Festival (ShAFF) took place this weekend, and I raced my first short fell race of the year... both make me feel like the summer has begun so the flip flops are on this morning.

Firstly, ShAFF: It's a fantastic event for a city with such a strong link to the outdoors, and the attendance of climbers, runners, bikers, skiers, kayakers, and everyone else over the weekend shows that Sheffield really is the place to be if you enjoy being outside! I was involved in a few talks, watched some films, bought some gear and spent a while chatting to people, but a few highlights for me were:

So thanks very much to Matt and the Heason events team for organising the event and for having me in such illustrious company as an ambassador... Roll on ShAFF 2016! Maybe I'll have to get the camera out (my previous attempt is here).

As part of the weekend I also took part in my first fell race of the year: Wolf's Pit. The race is the first of the Accelerate Gritstone Series and was well-attended, with Dark Peak vests dominating the startline.

I felt OK before the start; as the first race of the year I was interested to see how it went. I discovered quickly! It hurt. The race leaves the start field, drops into the village, then climbs straight up to Shatton mast.

After the climb, the route follows a loop around the moor, then climbs back up to the mast before dropping back to the start, 9km after you left. I hadn't appreciated the height of the second climb, but this is the only place in the entire race I actually felt like I ran reasonably and I passed a couple of people on the final drag back to the mast. Then we turned right, through the wall and began the drop to the finish. I saw Debbie from Accelerate here (Happy birthday Debs!) who shouted at me to go straight down rather than following the trod. 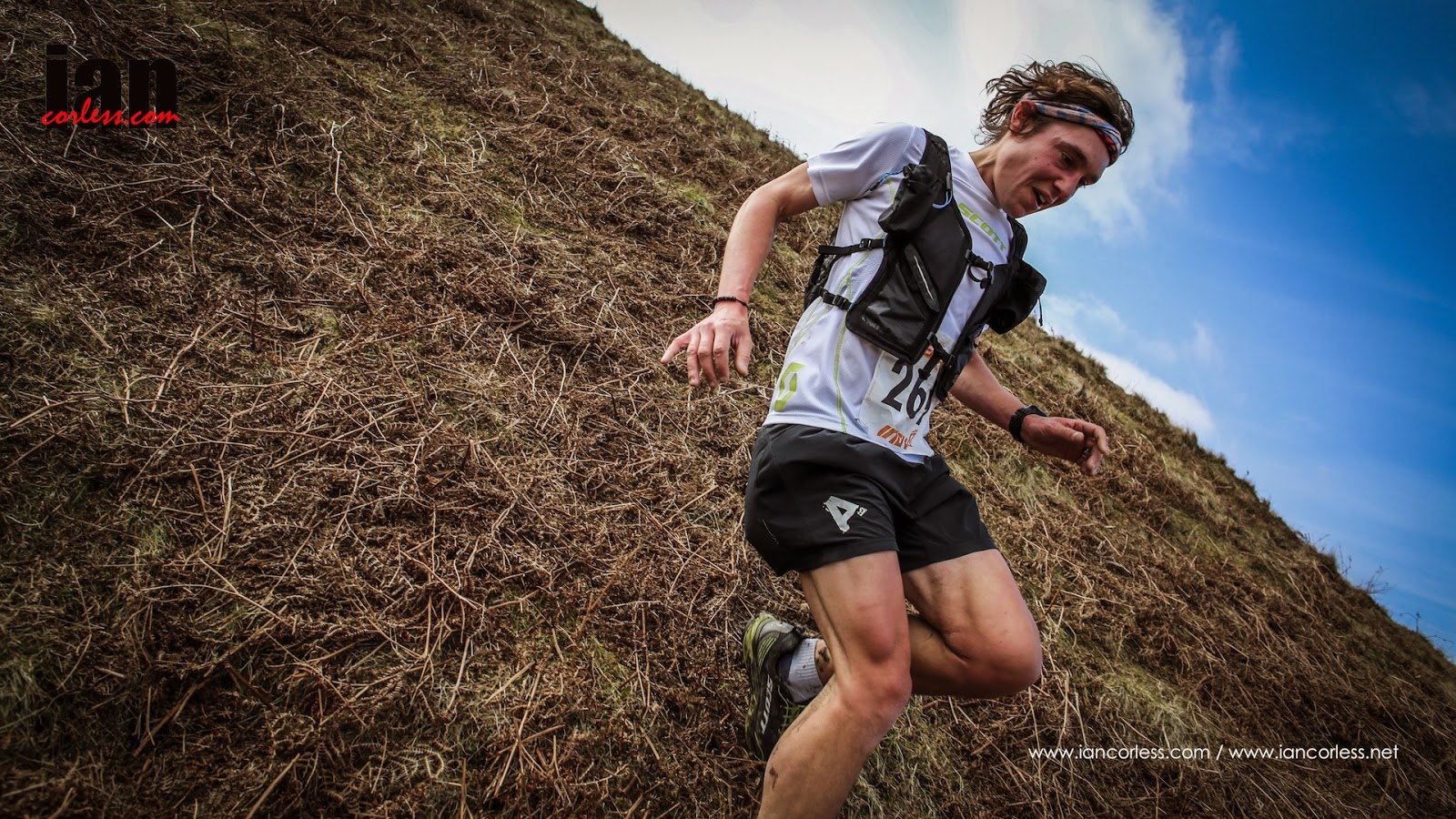 I had a good battle with a guy on the last run in but on the final loop of the field he got me, I felt like I had nothing in my legs the whole way round and on this last bit of the race I really did feel like I was crawling along... I finally stumbled over the line and was very glad it was all over. At least I've got a whole summer to get back into racing.

Results aren't up yet but I finished in 42 minutes, somewhere between 10th and 15th position I think. I believe Dave Archer (Dark Peak) won, and Pete Hodges (DP) was second.

One final positive from this race was my new Scott shoes - I wore them in training last weekend and raced in them yesterday. Conditions weren't too bad anyway, but the shoes really are awesome! Thanks as ever to Scott and Accelerate.

Right, it's summer, and apparently I need to get training...