"Going long" for the first time...

July 11, 2014
Ahead of the Accelerate Going Long event on Tuesday, I've been asked to write a bit about the first time I ran over the marathon distance. I can't remember if my Hadrian's Wall run is technically the right answer, but it was a very memorable day so I thought I'd try to write a bit about it.... 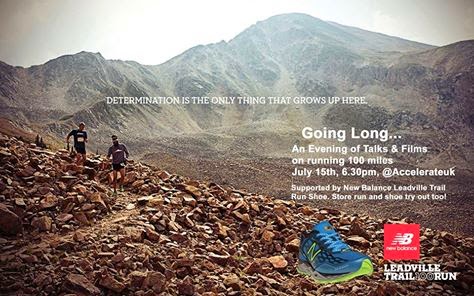 It was 2007, and I'm not sure I was really a runner. I was at University in Sheffield (for the first time), I ran probably a couple of times a week and was just starting to get into a few little fell races in the Peak District. I had a poster of the Bob Graham round on my wall and was in awe of people like Mark Hartell and Stephen Pyke - the long distance bug had bitten, I just wasn't quite fit enough for it!

The Hadrian's Wall Path is an 84 mile path from one side of England to the other. It starts at Bowness-on-Solway and finishes at a place called Wallsend (top name). I think there's now a race which follows the route, but in 2007 it had only been run a couple of times, and had been completed in under 24 hours for the first time a month or so before, by three guys with support. In my youthful arrogance I decided that I could be the first to run the route in one day, solo.

I found a friend who lived nearby and managed to get a lift to Bowness on a Friday evening, so at about 10 o'clock that evening I set off East. It was a long time ago and I don't remember all the details, but it still stands out as probably the hardest challenge I've attempted! Within the first hour I had an experience which certainly do remember...

As I ran through a field in the dark and towards a kissing gate at the far end I heard a few noises and shone my torch around. The torch lit up the eyes of a field full of cows, all facing torwards me, and now running towards me! I ran faster and got through the gate as quickly as I could, the cows were right behind me now but I thought I was out of the way.... then in front of me I saw a second kissing gate, and another herd of cows coming from the other side. I was trapped in a little area between two fields, surrounded by very interested cows! Writing this now it sounds a bit daft, but at the time I wasn't the biggest fan of cows so this was a pretty scary experience, I was torn between wanting to press on with the record attempt and not wanting to move. I turned my torch off and crouched down in the hope that they would go away and I could sneak out of the field, but they just stood there snorting - eventually I ended up crawling through gorse bushes into the next field.

I ran on through the night, passing through Carlisle as the last of the drinkers went to bed. The route profile is fairly simple, with the first quarter and last quarter of the run being flat-ish, and the middle half being a bit wilder as it heads through Northumberland National Park. The beginning and end would test my navigation, and the middle my legs. If you think I struggle with maps now, you should've seen me in 2007! Inevitably then, by the time I reached Crosby-on-Eden after 5 hours I was already well behind schedule. My feet were starting to blister and I'd only run about 20 miles! However, the sun was now up and at least I could see the cows.

Looking back at a video I made (link at the end), I think I was more willing to accept pain than I would be now... I reported "feeling quite good" despite "starting to feel it, knees are a bit screwed, getting a fair bit of chafage and toes are a bit bruised"... I don't think that would constitute feeling good today!

The run now becomes a bit of a blur... from what I remember, the middle bit over Windshield crags (the highest point on the route) and the surrounding area was really nice, with some lovely grassy running and the bonus of being half way, but I was a mess. I had initially set off on a spectacularly ambitions 17 hour schedule, but by the time I entered the second half of the run the challenge had changed - I was now just trying to finish in under 24 hours.

I lost time on every leg and was starting to really struggle. I reached Chollerford with 31 miles to go and 10 hours to do it, but everything hurt. I put a brave face on the video but between talking to the camera I distinctly remember sitting down and crying a couple of times. I was tired, confused and generally losing it a bit! I guess these feelings are now familiar and I sometimes even look forward to them on a really long run, but at the time when the most sleep deprivation I normally experenced was struggling through lectures after long drunken nights out it was a bit scary. I was way out of my comfort zone. 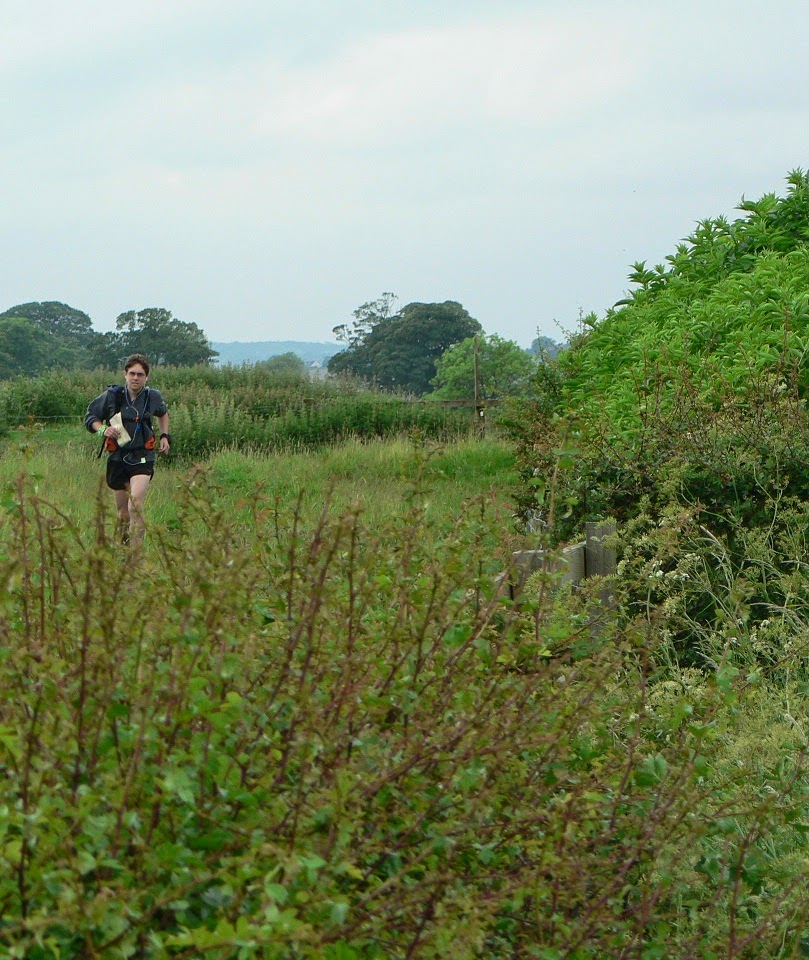 Luckily my Mum, Dad and my brother Ed had decided to come out to Newcastle to see me finish, so I saw them near Heddon-on-the-wall. This cleared my head a bit and I focused on finishing. I was miles behind all my revised schedules, but it might still be possible to get in just ahead of the previous record (23:56). I hobbled into Newcastle thinking that the last thing I needed was to lose any time, then proceeded to get hopelessley lost and spend half an hour backtracking. I remember sitting down on a grassy hill beside a little footpath, taking my shoes and socks off, getting my penknife out and trying to cut the blisters off my feet. I couldn't even manage to do that without falling asleep so after a very bizarre conversation with someone who sat down next to me I started asking around for the way to Wallsend... Incredibly slowly but gradually I made my way towards the finish, and caught up with the family again with about a mile to go.

The run through the outskirts of Newcastle was not the most beautiful but despite all my tiredness and confusion I was chuffed that I was going to do it... I ran the last few hundred metres with Mum and Ed and couldn't work out how they could keep up with me when they were only walking, but it didn't matter, I reached the Roman fort in 23:04. 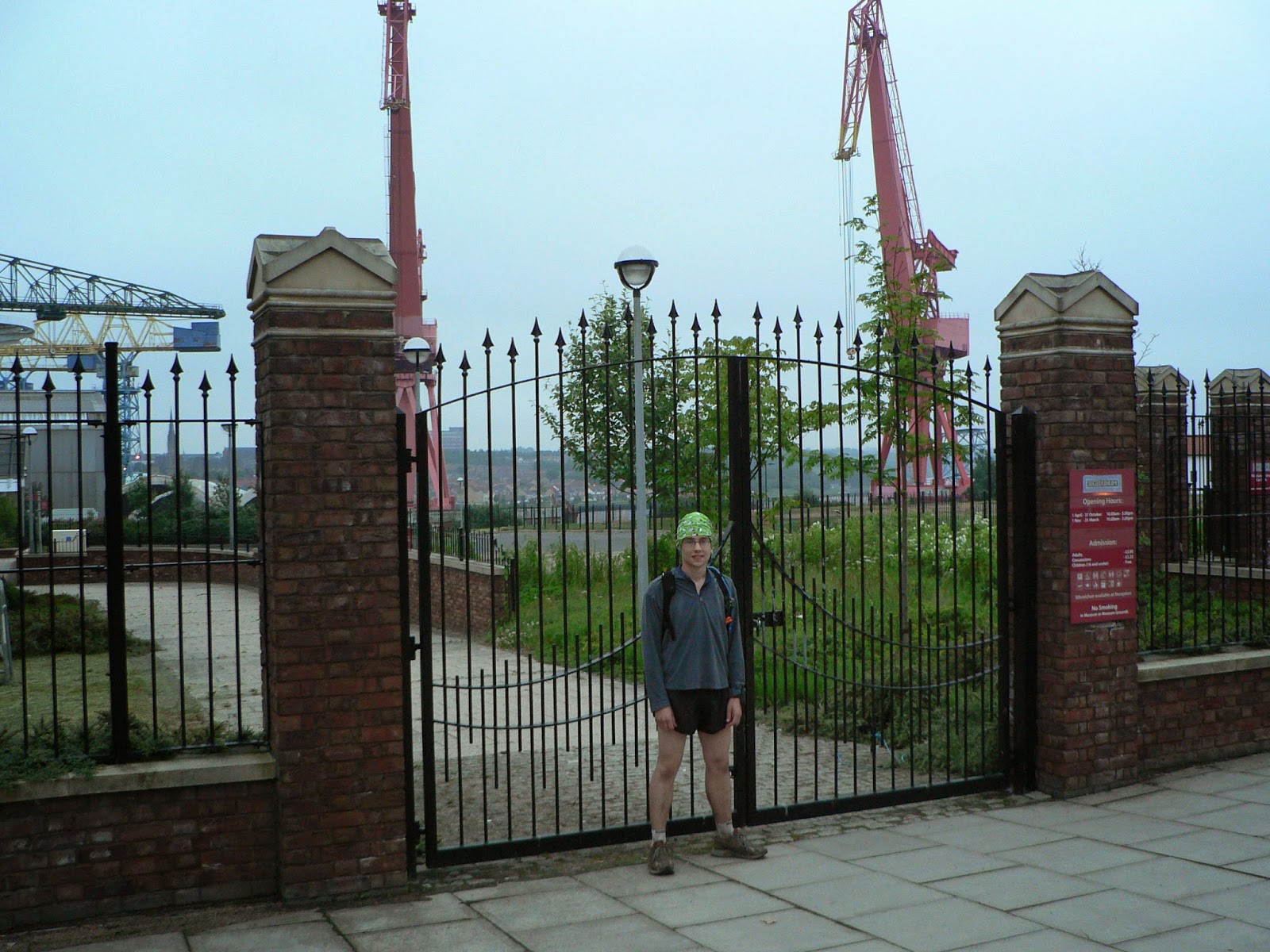 The Hadrian's Wall run was my longest run at the time, and remains probably one of the worst states I've got myself into (perhaps excluding the Pennine Way, but I didn't finish that so it doesn't count). I slept for about two days and didn't run for a long time afterwards.

It's interesting to look back and realise how much I've learnt over the last 7 years. I really had no idea what I was letting myself in for when I started Hadrian's Wall, whereas now I'd like to think I can prepare myself a bit better and know what to expect. Sometimes though, you can still have a huge epic with some unexpected surprises, which brings us neatly back to the "Going Long" evening on Tuesday, when I'll be talking about my 28 hour birthday run...