Not quite what I had in mind...

February 23, 2014
As I mentioned last time, this weekend was supposed to see my Ski Mountaineering racing debut, but thanks to some proper Scottish weather, I am still yet to stand on a Skimo startline!

Late last week I spoke to Mum and Dad, who had been hoping to try out Scottish skiing for some time and had a free weekend. We decided to drive up together, and I upgraded my planned nights in the van to the Onich hotel neat Fort William. We arrived at the hotel at around 9pm, it was awesome to be back in the highlands, it had been far too long!

Saturday: Skimo Scotland Glencoe race
Saturday morning dawned wet. After some breakfast Haggis we headed up the road to the Glencoe ski area. There looked to be plenty of snow high up, but it didn't look like any lifts would run due to the high winds. No worries said the organisers, we'll race from the bottom! The plan was to have a foot section first to get us to the snow, then race up to the original start, and ski down to the finish.

However... The ground was so wet it was apparently not possible to even do this, ski patrol informed us that we would just sink straight into the ground! So there it was, the race was cancelled. After milling about for a while we decided to make the most of being in the highlands, and set off on a bit of a tour!

We drove to Tyndrum, Dalmally, then Lochgilped and finally to Tavyallich. After an hour or so on the village we headed north again, this time via Seil island, accessed by the famous "bridge over the Atlantic".

Once on the island we drove to the tiny village of Easedale. It's an amazing place, connected with Easedale island by a tiny ferry, and by the looks of things, a bridge... Once! 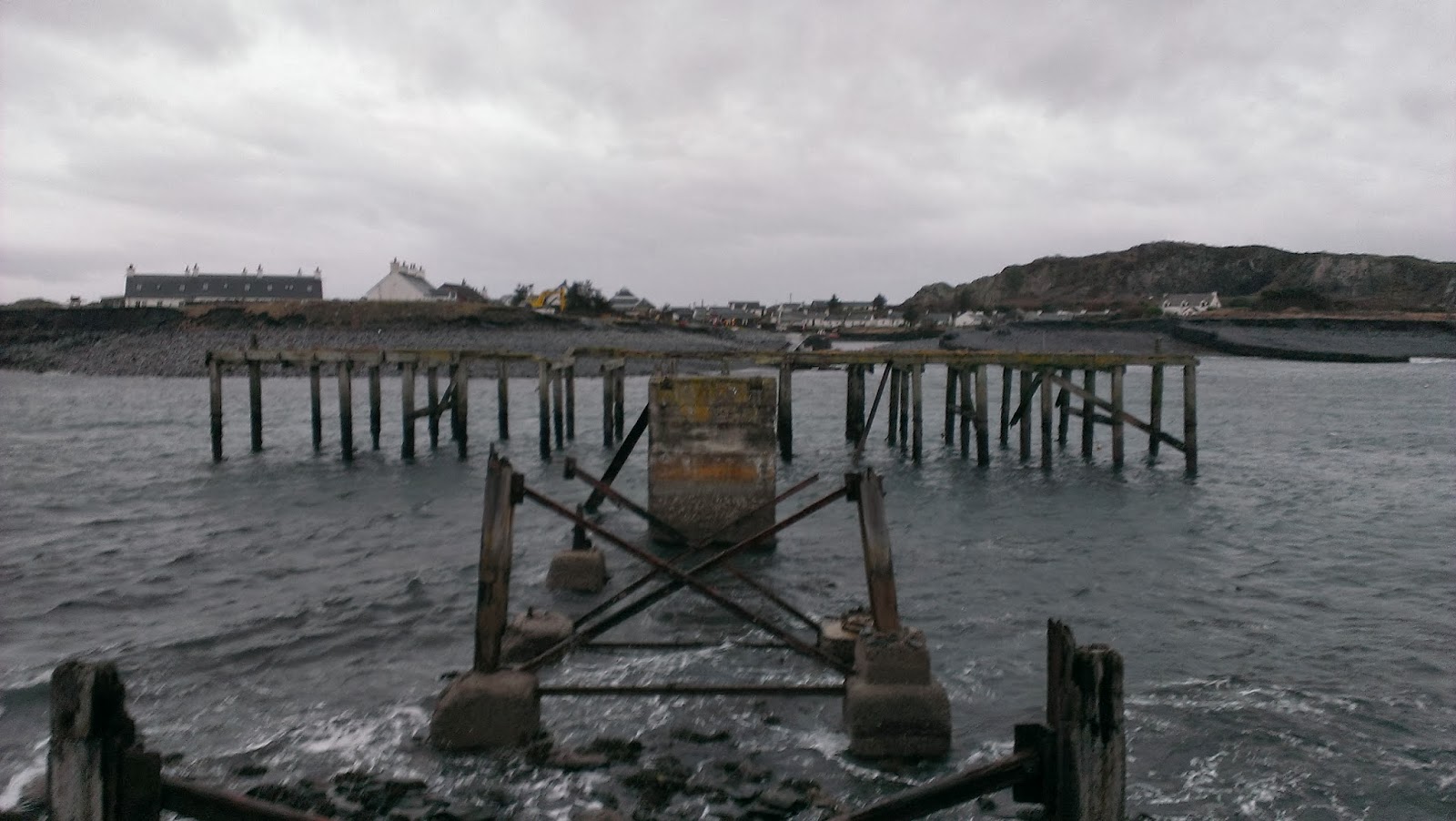 After the trip around we headed home to Onich and I managed a quick run to relieve my frustration. Up the road a bit in the rain and wind I found a bike track through some woods. It was a bit eerie in the dark and the wind was so strong on the way back I had to hang onto a fencepost for a minute! After some tasty salmon at the hotel I went to sleep hoping for less wind in the morning.

Sunday: Skimo Scotland Nevis Vertical race
Sadly things did not improve overnight, and the view of white horses and bending trees this morning didn't fill me with optimism! If the Nevis gondola was running we would be racing, if not, we wouldn't. Looking over Loch Linhe from my room this morning I suspected not... 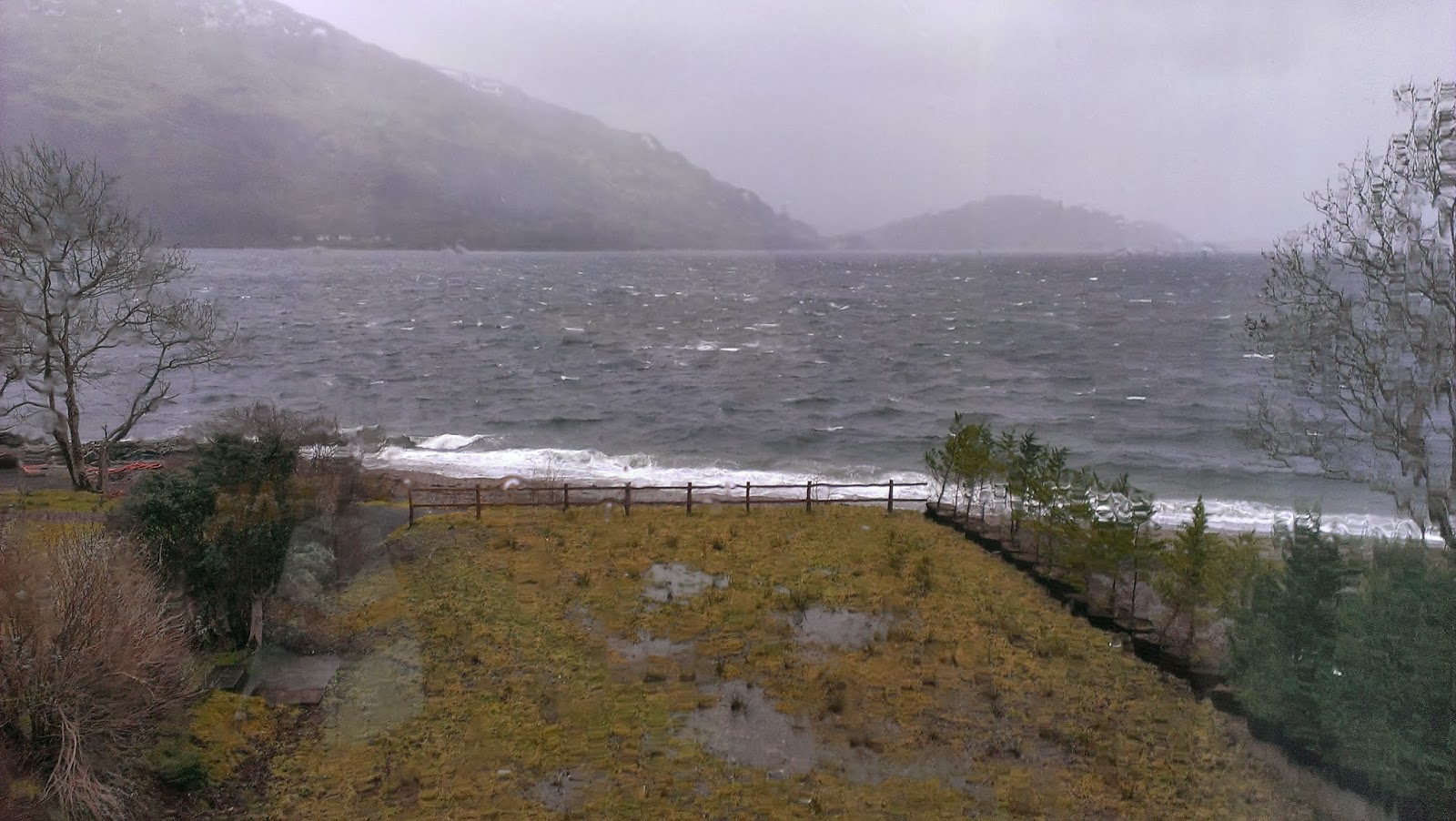 The race was cancelled. I'm a bit gutted not to have been able to race at all this weekend, of course I understand that the organisers had to cancel the races but after looking forward to it for so long it is a bit disappointing... Ah well, there's always next year!

I can't sit around feeling sorry for myself for too long anyway, it's the High Peak Marathon on Friday night... The entry list is quite daunting, it could be a fast race.