January 27, 2013
Yesterday Jim Mann and I raced together for the first time, in the Marmot "Dark Mountains" event. The race was a new twist on the Mountain Marathon concept, but instead of two days with an overnight camp we would be squeezing all the racing into one cold, wet January night. The weather did not disappoint...

Due to the fact the race took place overnight, I haven't slept since Friday night, so apologies for this short and perhaps confused blog!

We had entered the Elite course, meaning 51km and 2200m. On Friday race organiser Shane Ohly took the decision to use bad weather courses, meaning we would actually race less than this distance. With a predicted winning time of 11 hours you can see that the pace is not expected to be high!

Jim and I sorted our kit, left Muncaster Castle and walked to the startline for our allotted time of 7:40. Only Kim Collison and Alex Pilkington would be starting afterwards, and were the favourites at the start. Jim and I are both navigationally challenged, so this would be a great opportunity to work on our nav in challenging conditions. 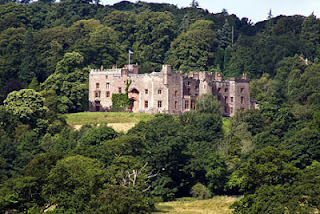 With headtorches blazing we dibbed, took our maps and headed off to CP1. The bad weather course had excluded three controls at the southern end of the course, leaving us with 1-12 and 16-23. We quickly dealt with CPs 1 and 2, then headed to 3. We spotted torches coming towards us and as we reached the third control Kim and Alex were with us. They moved away from us as we negotiated the marked section of course, but we used this section to plan our routes for most of the first half of the course.

I won't bore you with details of every leg, but we had a good run to 4, a long but efficient route by dropping to the fenceline to 5, bearings to 6 and 7, then back to the road we had used previously to get us close to 8. We didn't take a great line to the wall at CP8 but got there without too much faff. Here memory deserts me slightly, but I think we took a direct bearing to CP9 (via the streams), and again to 10 and 11. By CP10 we had also passed the last of the other Elite teams and caught up with Alex and Kim, so knew we were in second place. We dropped down south to 12, the bottom of our course and the only manned checkpoint on the course, though we didn't disturb the people in the tent! 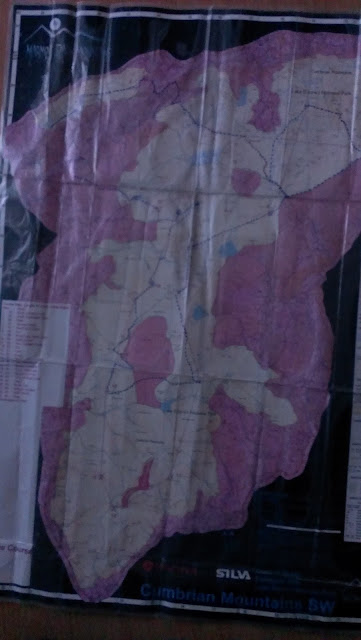 We took the easy route across to 16, then north to 17. This involved crossing a "stream"... We arrived at it and it looked horrendous, an overflowing swirling mess! Jim and I agreed that we couldn't cross it, so headed up the fenceline and across the road. We took a direct line to 18 but struggled to find the tarn, but by taking a bearing from the top of a gully we were sorted. Next came CP19, where to be honest we had a bit of a nightmare... 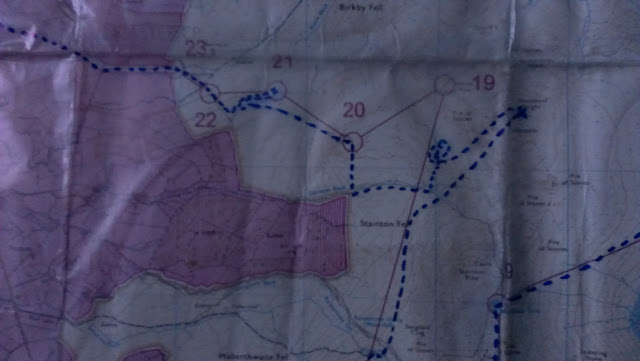 We crossed the wall near Stainton Fell, then took a bearing towards the summit of White Pike. Our attack point was to be the stream junction, but when we crossed the fence a bit further east we decided to continue up from this point. This meant, unfortunately and without us noticing, that we would hit the summit of Woodend Heights instead of White Pike. There was also a cairn here, so when we arrived and discussed with Kim and Alex the lack of a CP, we believed that it must have blown away, and after a while looking and checking we set off to CP20. This again didn't make sense and after maybe 30 mins searching together, Jim and I decided to descend back to the stream and follow a bearing directly to the CP. We did this, found the control and were jolly happy!

We even wondered whether anyone else had visited the control, but as we cruised down to 21 we did wonder whether the fact we'd been on the wrong hill when looking for CP20 might mean that we'd been on the wrong hill looking for 19. We concluded that the hill had been at the right height and had fitted the map correctly, so probably not. This was the turning point of our race, we went from a strong second to a DNF by not going back up. We later discovered that Kim and Alex had discovered their mistake, gone back and got the control. We ran in through the last few checkpoints, then onto the marked section into the finish. We also managed to mess this up slightly and came in on the road, but we'd finished! I'm not sure of our time, somewhere between 12 and 13 hours I think. 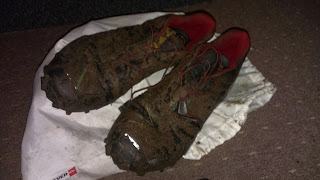 The weather certainly made for a challenging event - it was freezing cold on high ground, we had thunder and lightening, hailstones, torrential rain, fog and sleet.Good times! Jim and I discussed afterwards and both had moments when we thought we could be in trouble. The attrition rate was high - 3 teams finished the Elite class, 2 the A class, and none in either the B or C classes.

Dark Mountains was a fantastic event, I'm very glad that there are people like Shane who are willing to organise such events. I really enjoyed racing with Jim and genuinely feel like my navigation improved last night! Finally, well done Steve Martin and Kevin Saville from DPFR for winning the A class, and to Kim and Alex on another great win.