August 22, 2017
As part of the Dig Deep race series at Whirlow Hall Farm last weekend, I gave a talk on Friday night. I was in stellar company, speaking between Sally Fawcett and Nicky Spinks! At our weekly Friday morning strength and conditioning session at Accelerate, I was given a great piece of advice... A talk like this must aim for inspiration, not information... I can certainly deliver a lack of information, but the first half?! Hmm...

Sally spoke first about training for and competing in the World Trail Championships in Tuscany, and then training for the Bob Graham round and the serendipitous week she spent at altitude a couple of weeks before.

Nicky spoke later about her journey through life and running, culminating in her amazing double Bob Graham round.
It was great to hear both talks and I left feeling very inspired (and informed!), as well as very proud to be part of Dark Peak Fell Runners, as both Sally and Nicky are too.

My talk was titled "Adventures". I decided to step sideways from running and talk about adventure challenges and races, starting with the slightly chaotic British Isles Challenge in 2009, through World Series Adventure Races in France and Switzerland, the awesome 2013 World Championships in Costa Rica, and then to come back to the UK with the 3 Peaks Yacht Race.

I really enjoyed the talk, I was as ever slightly disorganised and I felt that the first half of the talk was better than the second, which was a bit disjointed... Maybe I tried to fit too much in rather than explaining things in detail, but there we go.

So, did I inspire anyone? I have no idea, though I certainly didn't inform anyone. However, a few people have said since the talk that they fancy having a go at an adventure race, so maybe I gave them an idea at least!

Finally, congratulations to everyone who raced in the Dig Deep races over the weekend. I headed up to Scotland straight after the talks so was not able to, but I hope everyone enjoyed them! Well done Sally on winning your race too!

Preparing the talk reminded me of lots of videos of previous adventures which I've made and are lying around on YouTube. In case anyone wants to find out a bit about these races, here are a few links... 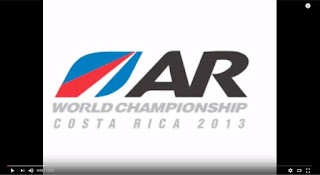 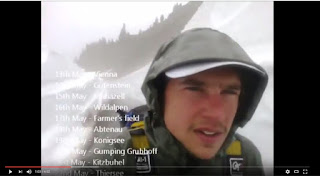 A couple of others from last year: