A wee walk across Tuscany

September 15, 2014
I've been lucky enough to end up working at the University of Florence during this and next week. Lorna and I decided to make the most of this and came out a week early for a holiday, landing in Pisa last Fiday. In order to get to Florence from there we decided that rather than getting the train, we would walk! This became the holiday, so I thought I'd quickly write up where we went and some of the places we visited...

Day 1: Pisa to Lucca
We last visited this area on one of our first ever holidays together, and stayed on a little campsite close to the centre of Pisa. We decided to stay on the same campsites in Pisa and in Florence, so set off on our first day's walking from "Camping Torre Prendente"...

The first day was fairly long as we needed to get out of Pisa before heading over the hill and down into the small city of Lucca. My watch went a bit mad and reckons we walked 45 kms, but it was still a fair trek of about 26 kms. The first day's walk was great and Lucca is a beautiful city, we left Pisa walking beside the city's aquaduct on the way up into the hills, and ended up walking back down beside the Lucca aquaduct at the end which gave it a nice symettry (and a good bit of civil engineering!).

Day 2: Lucca to Montecatini Terme
Breakfast at our B&B was universally agreed at the end of the trip to have been the best. It was the figs that really did it for me, but it was all good! The day's walk was also good, but this was always a bit of a tricky day to plan and to be honest, with an extra day we would've gone further north and made this route a bit nicer. It was fine, but we spent a while on little roads which weren't too kind on our feet, and it also ended up being a bit of an epic - 36 kms and another 8 hour day! By the time we made it up the funicular to Montecatini Alto (the little "up the hill" hamlet we stayed in) we were shattered and ready for a nice dinner in the square... 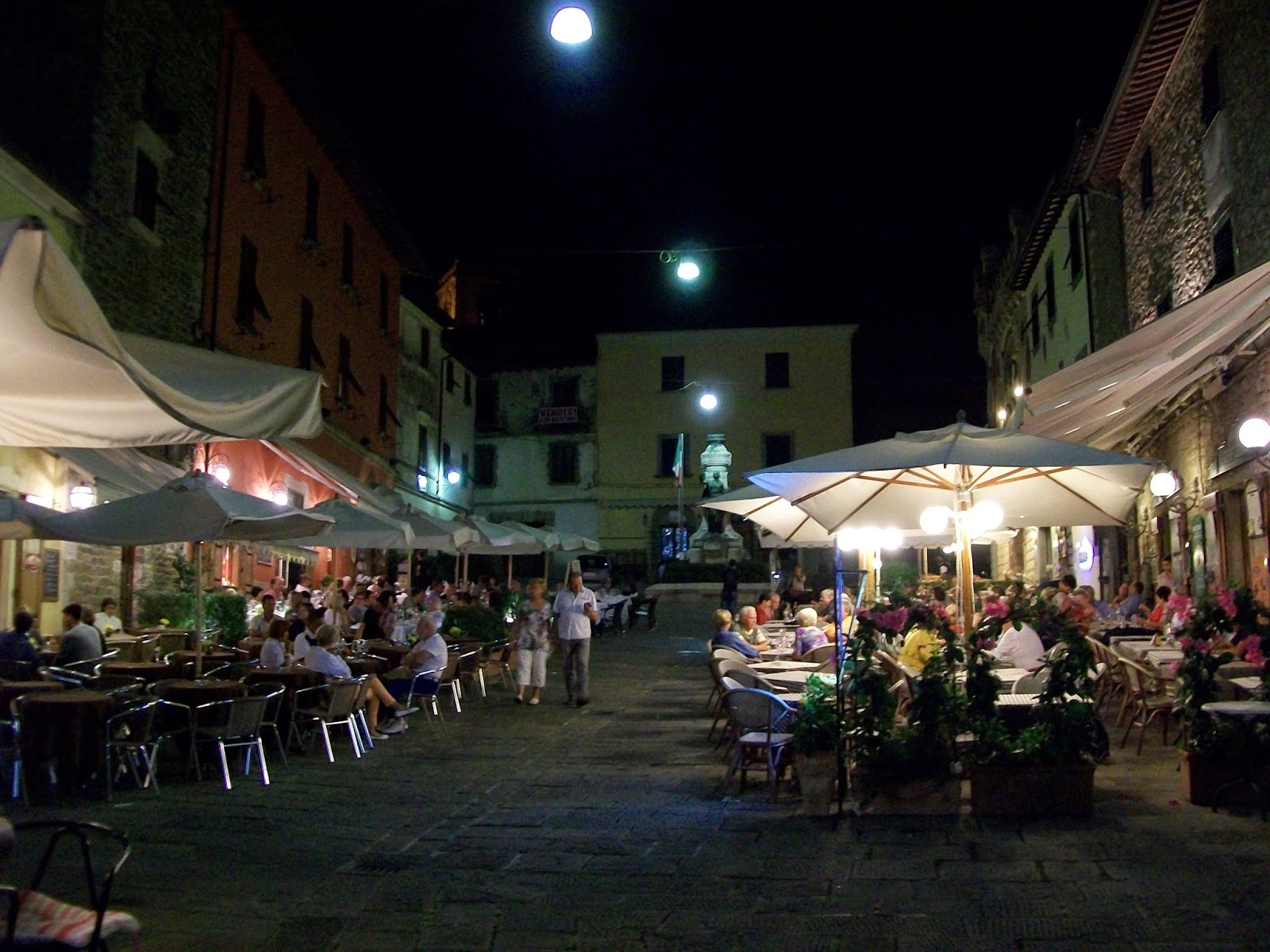 Day 3: Montecatini Terme to San Baronto
I'd known from the start that days 3 and 4 would be the best, they were both around 16 kms and over good proper hills (if not quite mountains). We avoided the road and set off from the next town, much like I've avoided saying specifically that we got a taxi, and after a quick look around a hill fort and its deserted medievel festival we set off over the top. 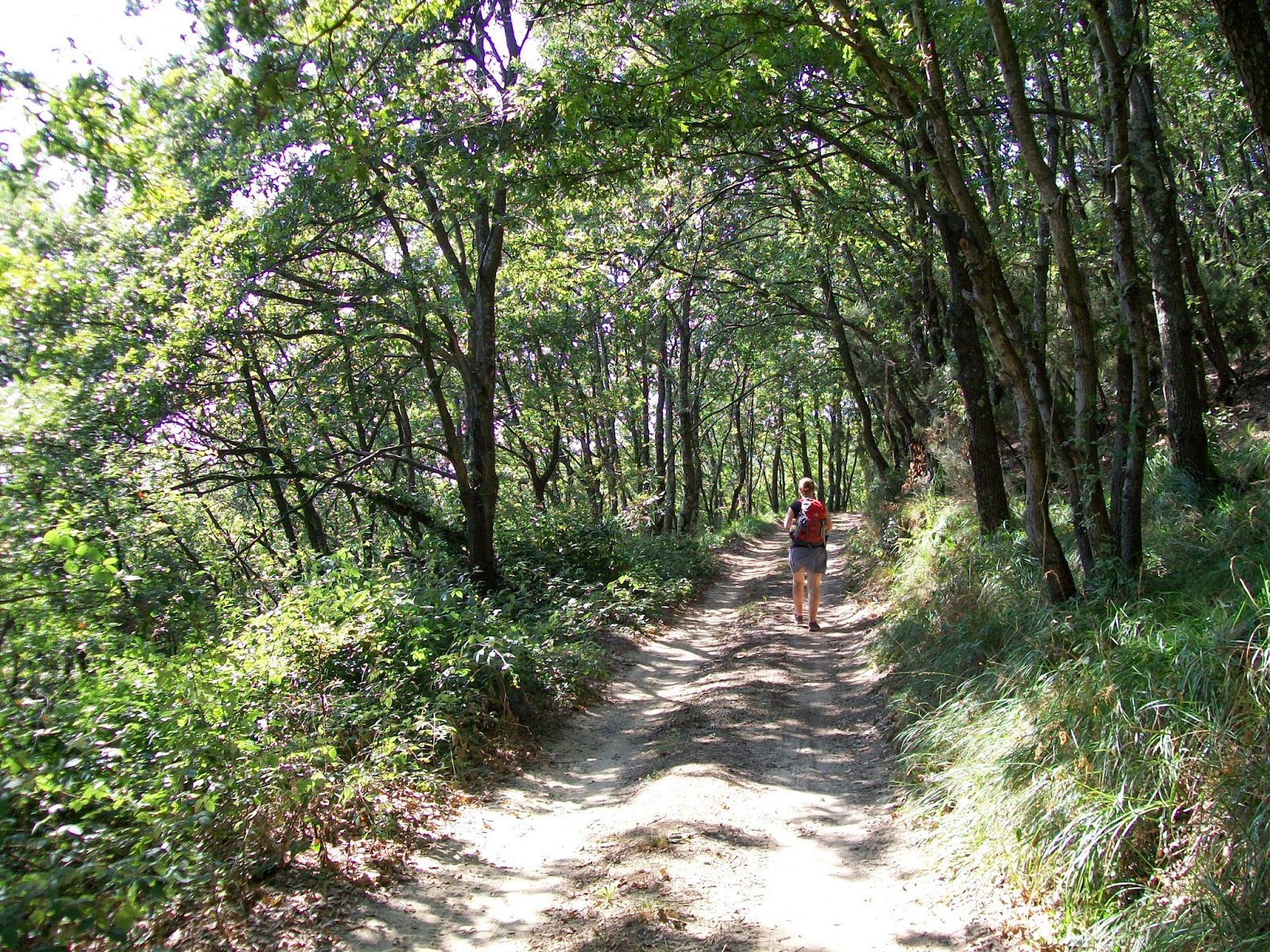 We generally climbed up all morning, then gradually descended all afternoon towards the smallest place we'd be staying - San Baronto (Nardini on some maps). We had camped in Pisa, and stayed in B&Bs in Lucca and in Montecatini, but tonight we'd be in an "Agritourism", a large home on a farm which lets rooms to weary travellers such as ourselves. The place was lovely and probably one of the best we stayed in. It was also 35 euros for a double room and breakfast!

Day 4: San Baronto to Carmignano
We'd booked dinner the previous night at another Agritourism, a bit more expensive to stay in (hence we didn't), but run as a small restaurant in the evening. The full tuscan five course feast was amazing, particularly given the setting overlooking the valley below. I was taken in by the whole experience and consequently drank quite a lot of Chianti, so the next morning was not the earliest start...

It was OK though, as we didn't have far to go again. The views and scenery on day 4 were probably even better than those on day 3, and we saw lots of wildlife, including a snake (an Adder I think), though sadly no Boar. By the time late lunch came around we were nearly in Carmignano so stopped at a little village just before. 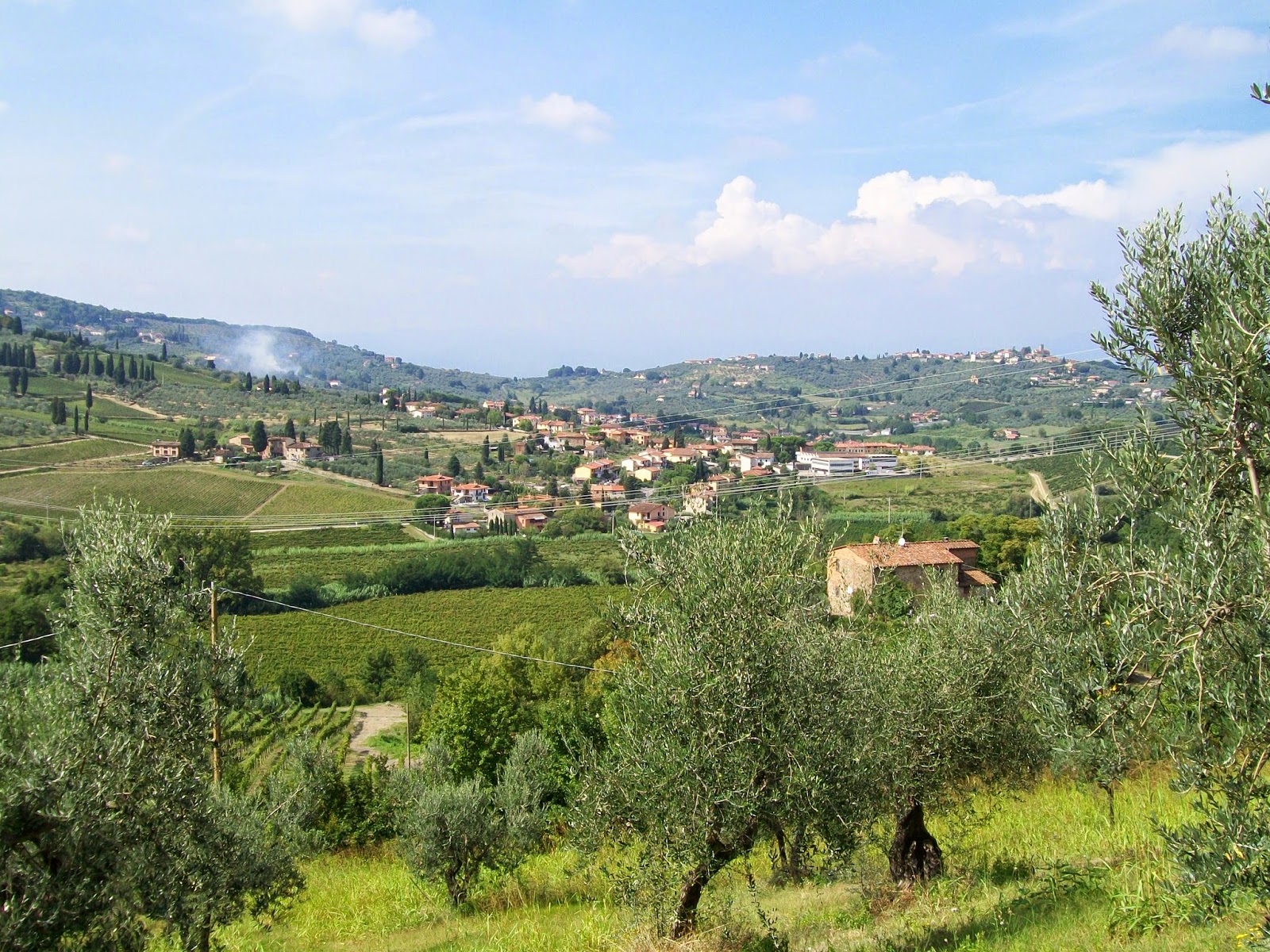 We ordered microwaved frozen pasta and cups of Iced tea and tried to read Italian newspapers, it was quite an amusing meal! The town was holding a fig festival, but unfortunately we couldn't stay till 9pm to indulge in the tripe dinner they were putting on* so we continued the last few kilometres into Carmignano and did some shopping for a BBQ at our second Agritourism, which was just outside the town and was again a fantastic place to stay.

Day 5: Carmignano to Florence
That night there was a massive storm.... We hadn't seen it coming at all and it had been clear as we went to bed, but a few hours later the thunder and lightning were as spectacular as I've ever seen them. Being in a huge room in a big stone house on top of a hill made it all the more atmospheric!

The next morning it was still raining as we left, and the first half of our last day was VERY wet. 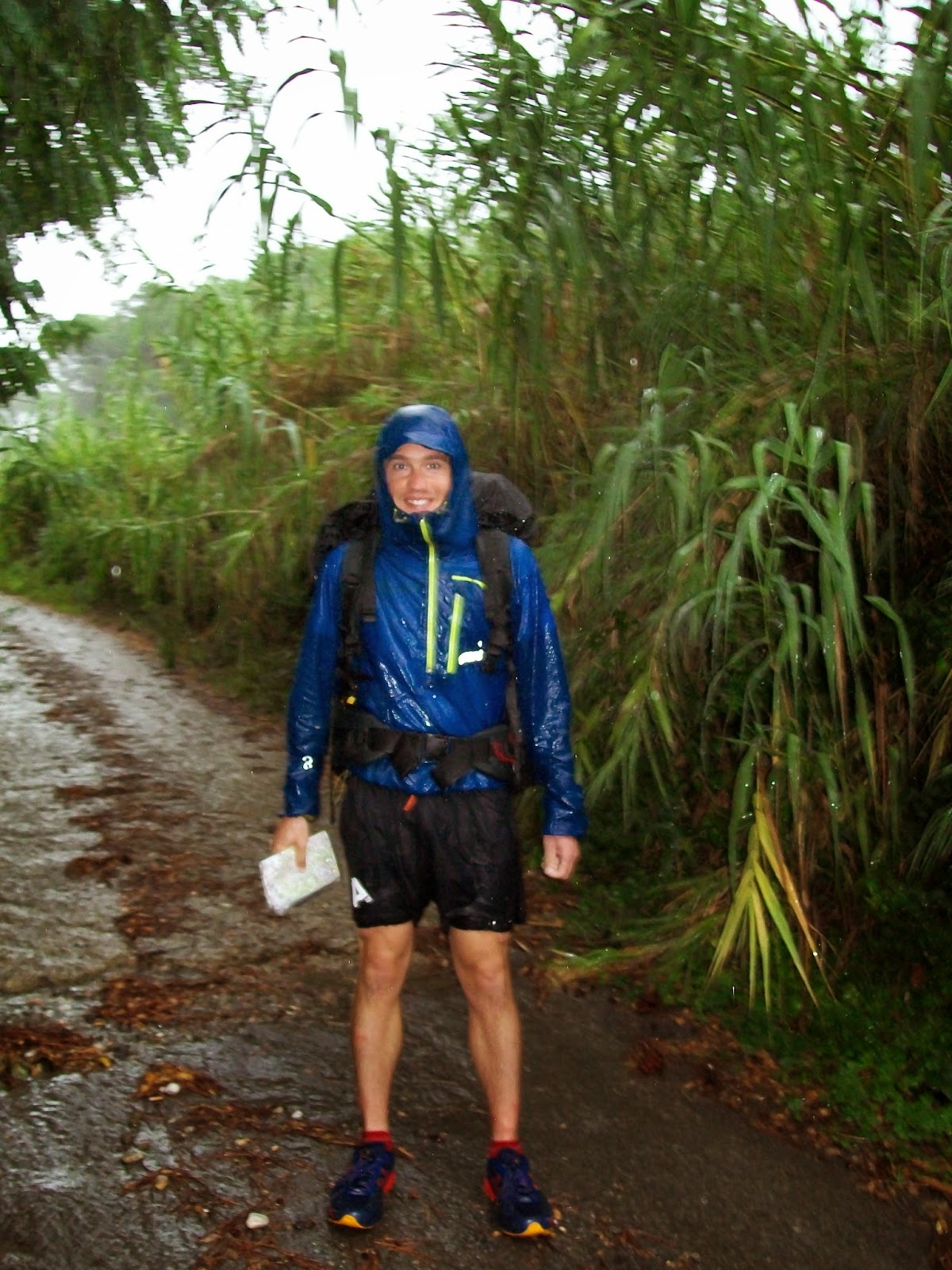 After a very wet morning we stopped in a little town about 15 kms from Florence to get a sandwich, at which point the map was just about starting to disintegrate... But soon after there was a glimmer of blue sky on the horizon and the torrential downpour became just normal heavy rain, then light drizzle until finally the sun came out! We walked the last 8kms along the Arno river in the sunshine and finally arrived at the second "remembered" campsite, marking the end of our walk.

Sadly, and unlike the first one, Camping Michelangelo was not quite as good as we had remembered, but the restaurant across the road was even better than we thought! The walk was great, the longest I've done I think at just over 100kms, and a great way to spend a week. It was also the largest pack I've carried for a while, and a good reminder of the benefits of travelling light!