March 11, 2014
Last weekend I was at my friend Wil's stag do, firstly in Manchester and then in Keswick. We had a great weekend, starting with something I've never done before... indoor skydiving! We went to Airkix in Manchester, and after an hour or so of preparing and getting our suits, helmets and googles on we were in the chamber... This was exciting for me (and Wil) for two reasons: Skydiving of course, but also being suspended over a massive high-powered fan (it's about 2.4MW I think).

You don't get long in the tunnel, something like 3 minutes for your £40 or so, but it's a lot cheaper than traditional skydiving. It was really cool. 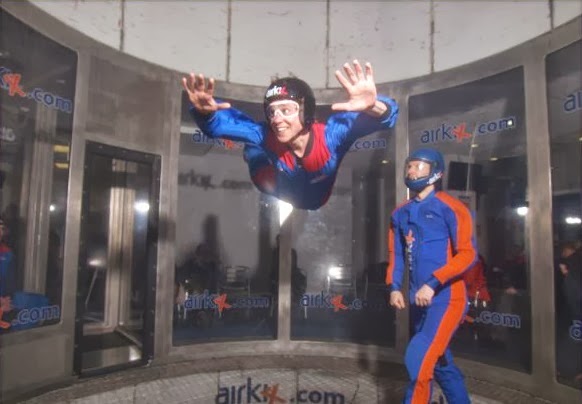 Next we headed to Keswick, via the fantastic Tebay services where we sampled their fine selection of pies and cake. It was great to be there with guys who eat as much as I do! On to the lakes, we quickly checked into Denton House hostel and headed out to the pub... After a long and relatively eventful night we planned an early morning run to clear our heads. Unfortunately this didn't quite happen, but we went out Canoeing on Derwent Water which was brilliant. The guides we were with told us lots about the history of the little islands we stopped at which was really interesting (did you know Moot Hall used to be on an island owned by a Jacobite sympathiser?!). We also had a good sail back in by rafting up all six canoes and using three group shelters as spinnakers!

In the afternoon we did eventually get out running and had a great time on Latrigg, with the benefit of a local friend who lives in Keswick to guide us. The long climb and steep plummet descent were just what I needed to practice and it was a grand run out in the sunshine. 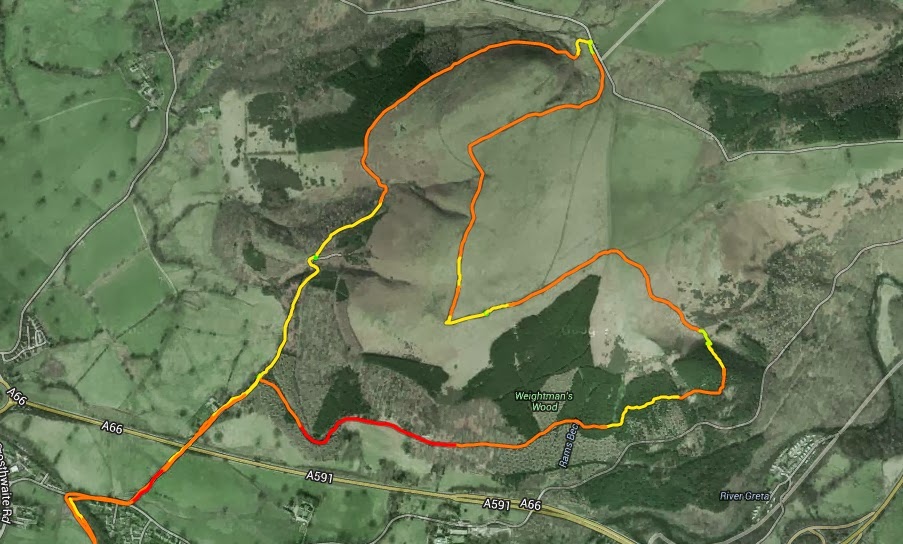 After the run we returned to the drinking establishments of Keswick, and after another hearty breakfast on Sunday morning we packed up and headed for Grasmere. After scones and tea it was time for one more run before returning home, so off we went up Stone Arthur and his mates, another good 700m or so ascent and some more steep descending.

So, that's skydiving, running and beer... what about getting beaten? I should point out that I get beaten a lot, but one series I've been quite successful in is the Dark Peak Winter Mondays league. This is a series of 10k-ish races organised by Nicky Spinks over the winter. Each Monday we alternately run races and go training, which consists of short sharp sprints up hills. Last week was the last race, and last night the final training session of the season (apart from the handicap race next week, but this doesn't count for the series). I have managed to win enough of the races to lead the series again this year which I am very pleased about, but last night I was soundly beaten at training by a new guy... Josh came last week and finished a minute behind me in the race, but last night him and Simon certainly had the better of me on the sprints! 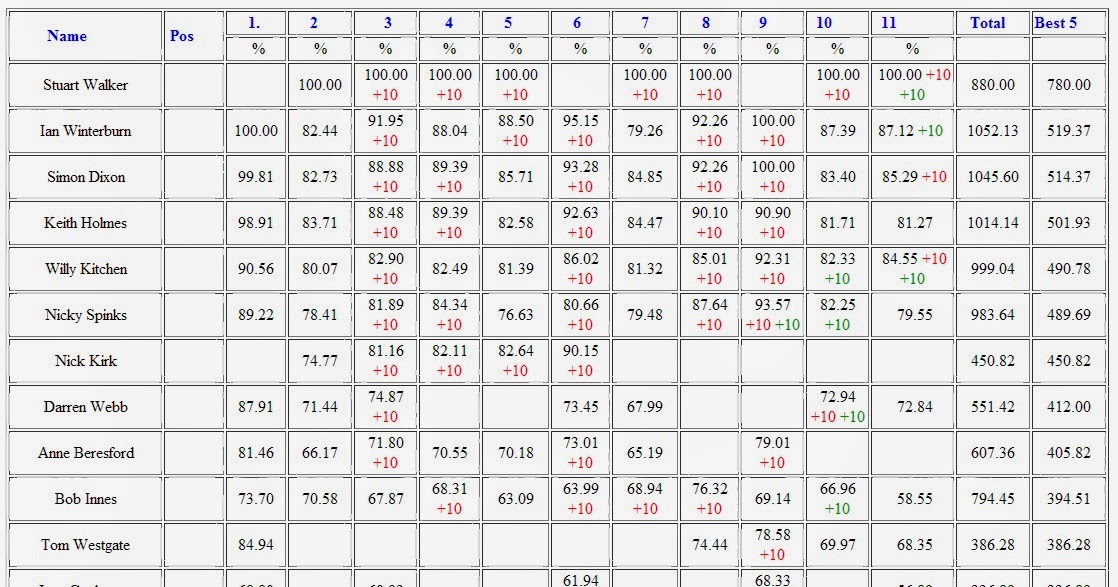 It's good to be put in your place every now and then though, and to realise that a weekend on the beer doesn't really help the running too much! The hills session was still good training though, my legs will miss their fortnightly winter battering!