A grand holiday in the Pyrenees!

July 03, 2013
On Monday we got back from a great fortnight's holiday in the Pyrenees. The last two days have been spent frantically catching up with work but this morning I'm going to put off the real world for a few minutes to talk about the trip...

It was a bit of a break from daily training, though I still ran quite a lot, and we spent most of the time at reasonable altitude. Our home for most of the time was, once again, our little camper Noddy van, who again proved herself to be a fine machine: 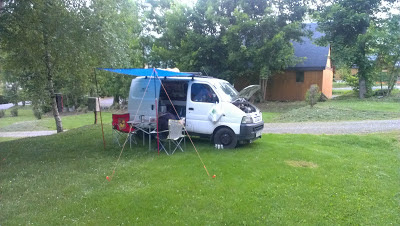 We crossed on the ferry from Plymouth to Santander and set off east to Pamplona. It turned out we had arrived in just after some of the worst weather at this time of year for a long time, and as we went further east we saw whole sections of road which had been washed away, and a few little villages which had clearly been devastated by the high water.

Pamplona was cool but we were keen to get the the mountains, and the next day headed to Font Romeu, where I am told a certain Mr. Jornet lives, alongside quite a notable summer athletic population. This was not, however, our reason for visiting the area - it is actually home to the world's largest solar furnace! I've written about this on my other blog here. 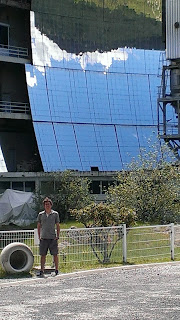 I had been running a few times but by the time we arrived in Perles et Castalet I was ready for some mountain time! Luckily, we were staying at the Pyrenees Haven, with Debbie and Gary Devine. The haven is a great little guesthouse at the foot of the Montagnes d'Ax range of 2000m+ summits. Gary is a former British fell running champion and I was privileged to go for a run out with him, and to run a couple of other routes near the house. We also had a great hike up into the mountains on our last day at the house.

Next, and the final thing I'll write about, we headed to the St Maurici national park. We parked just outside the little village of Espot and hiked up (in the rain) to the Pla de la Font refuge at 2015m, where we would be spending the night. The hut was in an incredible location, the weather improved and we had a lovely dinner and watched the sun set. Unfortunately the sky was cloudy though, so we were not treated to the stars we had hoped for. 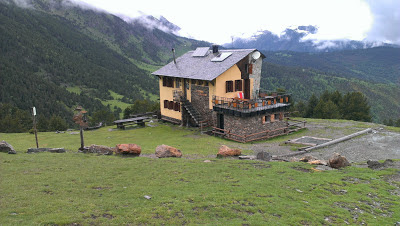 The next morning was bright and sunny and we headed off further into the national park. With the company of Vultures and Kites above us we hiked up through forests then open slopes to the Roca Blanca summit at about 2610m. The view back down to Espot and the hut on the way up were spectacular:

From the top of this summit I headed off for a quick high-altitude run, only 15 minutes or so but it was fantastic! I ran from the top of Roca Blanca north along the rocky ridge to the next summit, with a great view down on my left of the lakes (and a lot of snow!) in the bottom of the valley. On my way back, I'm somewhere in the middle of this photo... 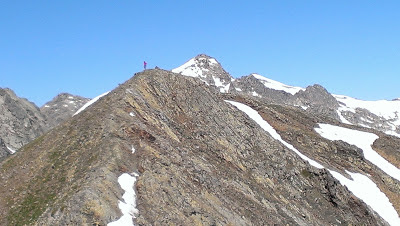 From Espot we headed off for the rest of the trip, eventually making it back to the coast for a great couple of days in Donastia (San Sebastian)! That's a very quick whistlestop tour of the trip, most of the runs and walks we did are on Movescount if anyone really wants to look at them! Suffice to say we had a brilliant holiday and the Pyrenees are an amazing area, and I now have quite a clear idea where I would like to do my next running adventure...