Not your normal ride...

May 17, 2013
Yesterday I was supposed to be doing a 1 hour session on the turbo trainer at lowish heart rate, as part of my base training. However after making some good progress with work early on I decided to take the ride outside, it was a nice sunny day afterall.

So I headed off on a fairly normal ride, from Crosspool down into Fulwood, up to Ringinglow then out towards Burbage Edge (where it was a really nice day), Hathersage and back through Bamford. When I got close to Bamford though, chaos ensued! There were people and cars everywhere, and signs suggesting some sort of event. It turns out that a flypast to commemorate the Dambuster raids was about to take place - I knew the 70th anniversary was this week but had not realised this event was planned. I rode on and found a place to stop on the edge of Derwent Reservoir to watch. 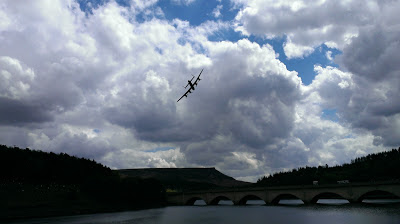 The Lancaster flying over was an incredible sight, it was huge and made a fantastic rumbling sound. There was also a Spitfire and a pair of Lightnings which were great to see. There were a lot of people out, all over the sides of the reservoirs and on top of all the surrounding hills. It was very humbling to see these planes fly over where they used to practice before the raids in 1943 and to think of those involved. It is a good reminder of the gratitude we owe those people, such as Guy Gibson (Commanding Officer of the Dambuster raids) who was 24 at the time of the raids, and was still younger than I am now when he died later in the war. I think I will now be reminded of this every time I ride across the reservoir. 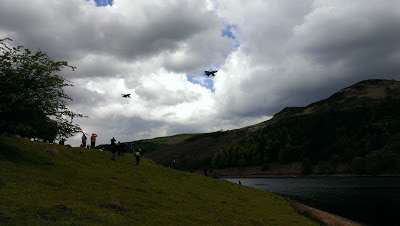 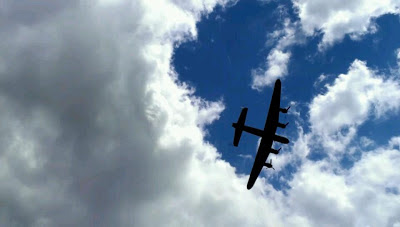