March 15, 2017
***NEWSFLASH! I learnt a new muscle! Thanks to Laura for pointing out the existance of something called a "Ham-string". I have updated the main picture...***

So, apparently there are lots of muscles in your legs, and spending a few months running up mountains at a constant speed is great for some of them, but less good for others. Since we came back from Europe I've not quite been able to tap into the fitness and form I felt like I had in 2013, and it seems the reason is that I've forgotten how to run properly.

This is where being part of Team Accelerate is great; yesterday I spent a couple of hours with Stu Hale and Laura Inglis, talking about what I need to do to re-learn how to run efficiently, and how we're going to do it.

It seems that over the summer in Chatel I have developed a strong quad dominance, to the extent that my glutes are very weak. I am pretty bad at anatomy, but fortunately these are two of the only three muscles that I know the location of. As I understand it, the quadriceps are at the front of your upper leg, the hamstrings on the other side, and the gluteus around the back up into your bum. Here is a picture (though please note this is my understanding and does not necessarily bear any resemblance to a real leg).
So, how to these mysterious gluteus thingies help us run? A few months ago, Olympian Eilish McColgan ran the Percy Pud 10k in Sheffield. The Team Accelerate facebook page was soon alight with photos of her and comments on her "amazing" and "perfect" running style. Looking at one of these photos, it's quite easy to see what they were on about...

Back to the picture we saw above (slightly simplified, but you get the point!), helped this time by Eilish and some jam: 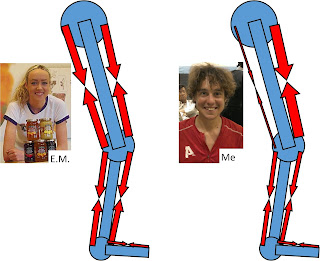 As we can see, Eilish (left) has big muscles at the front and the back of the top bit of her leg (told you I was good at this), whereas mountain-plod boy on the right has big'uns on the front but little bits of weak elastic band on the back. This means that plod boy is unable to produce the push off his hind legs as we saw Eilish doing so beautifully earlier. Looking at that photo again we can also be unfairly rude about the man in the background, who as well as looking distinctly unhappy with the whole situation, perhaps needs to lift his head (yes yes I know, people in glass houses and all that, thank you).

Anyway, now we know what I'm doing wrong, the actual hard bit turns out to be correcting it. "Learning to run" may sound silly, as running seems so natural a thing to do we should all be able to do it. I used to agree, but I now understand that although we can all do some sort of run, with coaching and help we can make ourselves more efficient, and eventually quicker, runners.

In my case, I can use my glutes to produce more of a push when I run...
= I am more energy efficient
= the load on my quads is reduced
= my quads are still there when I need them
= I can therefore run at the same speed for longer
...or faster for the same effort.

I also recently became a qualified UKA "Fell Leader in Running Fitness", and as part of the training we had a great session with two UKA coaches where we asked "how does an elite runner run?". We drew lots of pictures and all seemed to be in agreement that the Eilish McColgan method was the best way. This demonstrated that we all knew the most efficient way of running, even if we didn't do it. As potential coaches and very keen runners, isn't it a bit mad to think that we all know we're doing it wrong but haven't done anything to correct it?

This brings us to the crux of the matter... change is hard. 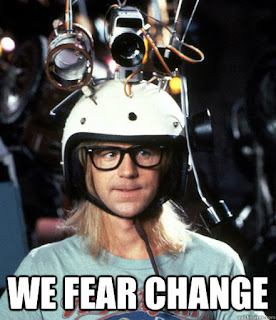 This is why it's great being part of Team Accelerate. After our planning session yesterday, last night I joined Stu's band of really fast youngsters for a hilly session in the Rivelin valley. The session sounded easy - take the distance you'd normally race on the fells and half it, then do that number of reps of a 1km hill loop, at race pace for the longer distance, with 3 minutes between reps... But while trying to focus on keeping the front of my pelvis up, my head up and looking forward, landing with my feet under me and basically clenching my bum all the way round, it was not easy! This morning I ache in places I haven't ached for a while, perhaps since 2013, which can be no bad thing.

So, change is hard, and I suspect over the next few weeks and months there will be times when I want to forget it all and go back to quad-dominated mountain plodding, but with the help of people like Stu, Laura, Pete and Colin, I think we will eventually get me back to proper running, and I look forward to being a better, stronger, FASTER runner.

Here's to strength (in running and in coffee)... 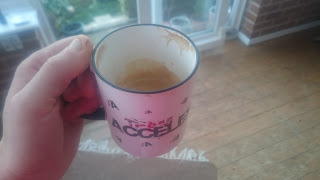