May 17, 2014
The title of this post should really be "Rosie Swale-Pope: Mad as a box of frogs and the most inspirational talk I've ever heard"... A bit long perhaps, but it pretty much sums up the talk I went to on Wednesday night.

Rosie Swale-Pope has achieved many things, but the most famous is her 21,000 mile round the world run. She's written a book about it and given lots of talks to large audiences of the paying public and businesses, but last week I was one of about 25 people who had the privilege to hear Rosie talk in a tiny little room above the Masterchef cafe in Attercliffe. The talk was organised by Accelerate, after Stu and Debs met Rosie as they were the only company able to get hold of a pair of her favourite shoes! 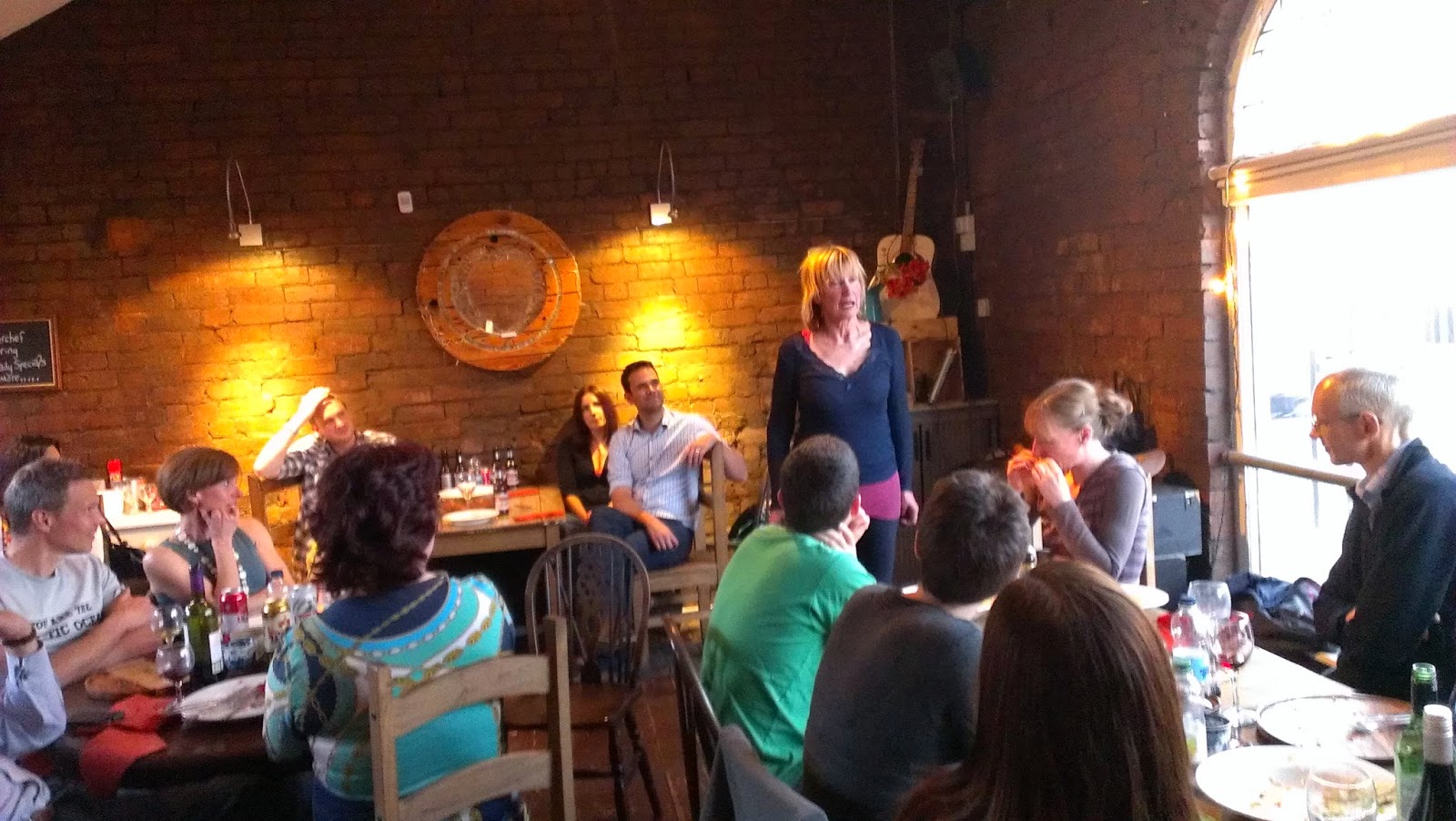 The talk was a whirlwind of humour, tragedy and inspiration. Rosie talks quickly and jumps from one story to another just when you think you're following, and could be just as engaging and entertaining without even mentioning running around the world. During the half hour or so we listened to her for we heard about how she grew up in Davos with a foster Mum, then was brought up by her Gran, struggled at school, once put a saddle on a cow and rode it as a horse, sailed solo across the Atlantic, returned to Davos and years later and met her foster Mum, woke up with a Wolf in her tent, and made friends with a blood-spattered man wielding an axe... And hundreds more stories, every one leaving us wanting to know a bit more! I am now a proud owner of a copy of her book and look forward to reading it, and if you ever get chance to see Rosie talk I would totally recommend it.

After the talk (and really tasty Pizza) we returned to the shop for coffee and continued chatting. Rosie had actually run to Sheffield from London over the previous few days, and continues to live day-to-day in her trailer which she used on the round the world run. I talked to her briefly as we both left the shop, I was off home on my bike and she was going to tow her trailer around the corner and sleep for a few hours, then head off to her next port of call. A true inspiration and a lovely lady.
Accelerate Adventure Inspiration Pizza Rosie Swale-Pope Running